Statement of Peoples’ Commissar of Foreign Affairs of the USSR, V. M. Molotov, Concerning the Meeting of the Three Ministers on July 25, 1945

(1) The Secretary of State of the USA, Mr. Byrnes, proposed that the question concerning waterways be discussed at the meeting. Mr. Byrnes stressed the desire that this question be discussed in advance in a commission [subcommittee]. Mr. [Sir Alexander] Cadogan and Mr. Molotov supported this proposal, as a result of which a commission was formed as follows:

(2) In addition Mr. Byrnes touched on the question of the transfer of the German population from Czechoslovakia.

Mr. Cadogan stated that it was not only a question of the transfer of Germans from Czechoslovakia, but also from western Poland and Hungary. He assumed that the question of the transfer of these German populations would be under the control of the Allied Control Council acting in collaboration with the Governments of Poland, Czechoslovakia and Hungary.

V. M. Molotov proposed referring this question to the preliminary examination of a commission in order that a draft prepared by it might then be examined at a meeting of the three Ministers.

Mr. Byrnes and Mr. Cadogan agreed with this proposal. The commission was formed as follows:

(3) Mr. Cadogan introduced a proposal concerning the formation of a commission to draw up a draft communiqué on the work of the 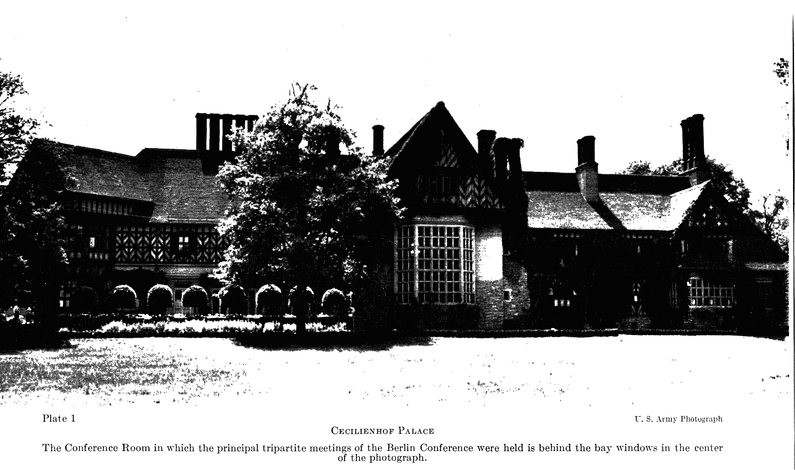 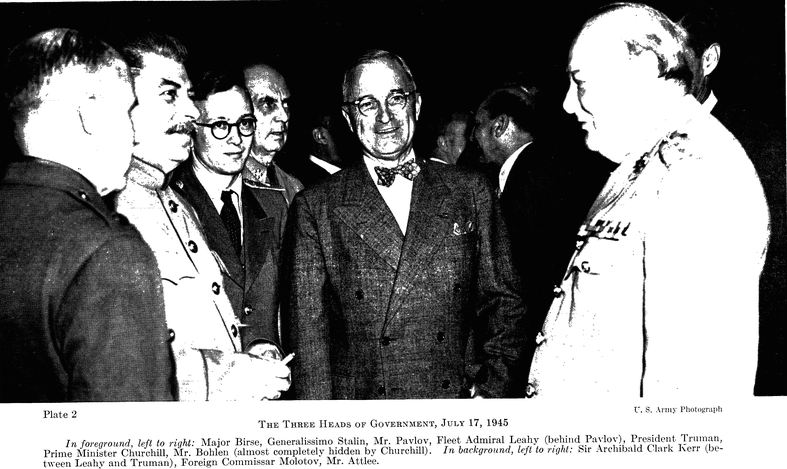 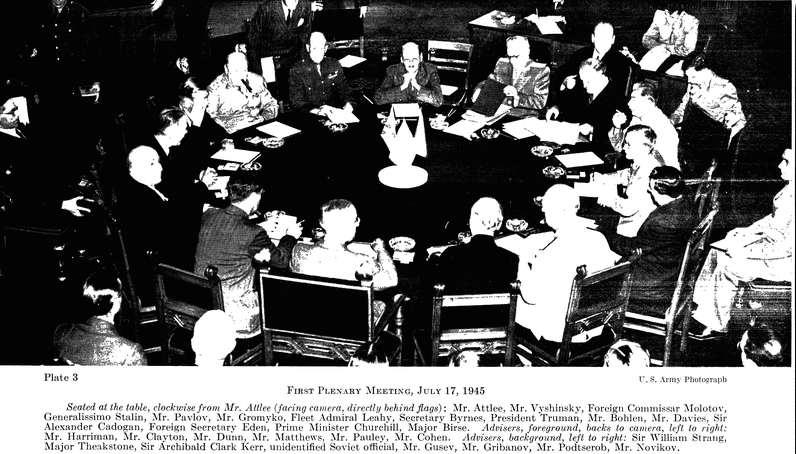 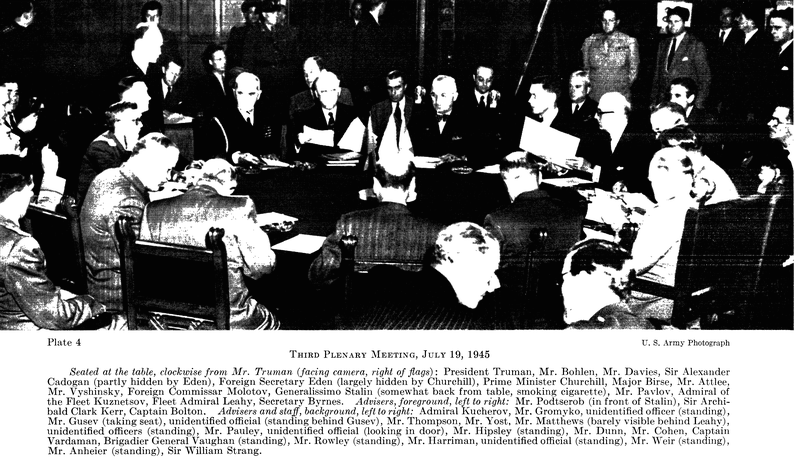 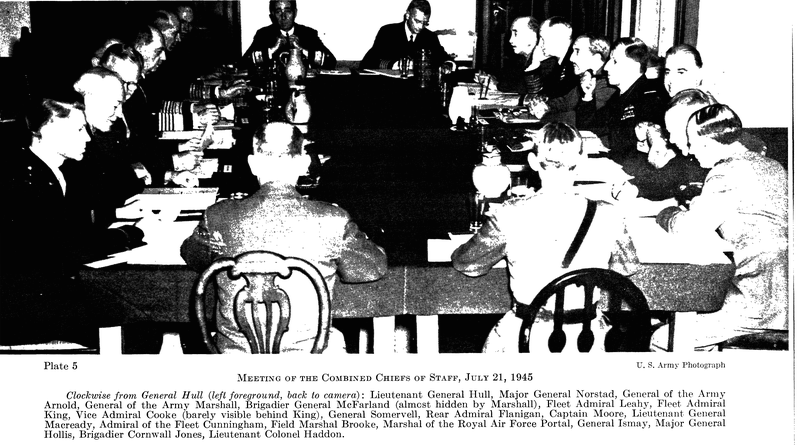 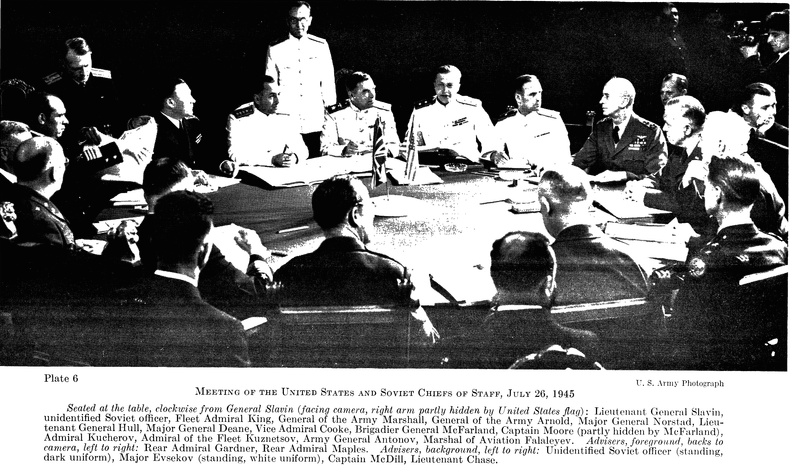 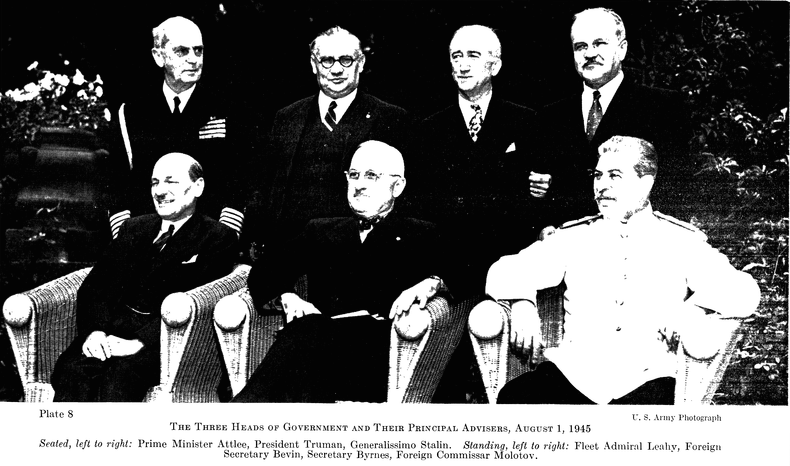 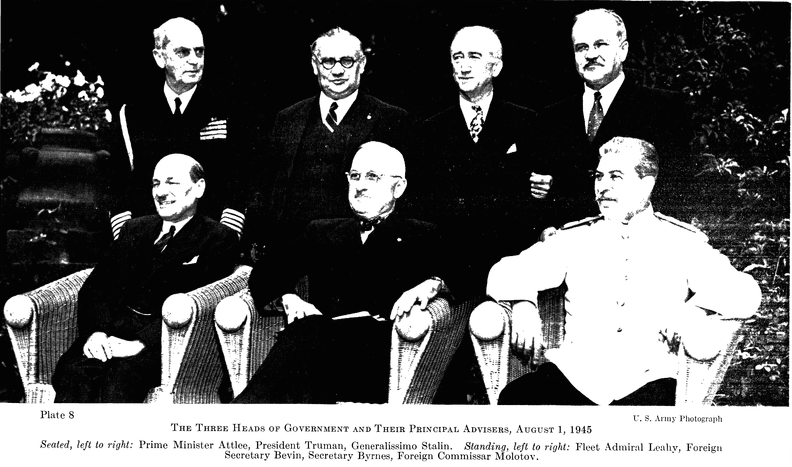 conference and a commission to prepare a draft general protocol of the decisions at the Conference.

Mr. Byrnes and V. M. Molotov agreed with this proposal. It was decided to form the following commissions:

(a) to prepare a draft communiqué on the work of the Conference:

(b) to prepare a draft general protocol of the decisions of the Conference:

From Great Britain: (on both commissions): Messrs. Bridges, Brook, Hayter and Dean.

With this the meeting of the Ministers of Foreign Affairs terminated.

The Conference of Berlin (The Potsdam Conference), 1945