The Immigration and Nationality Act of 1952 (The McCarran-Walter Act)

The Immigration and Nationality Act of 1952 upheld the national origins quota system established by the Immigration Act of 1924, reinforcing this controversial system of immigrant selection. 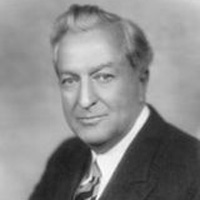 It also ended Asian exclusion from immigrating to the United States and introduced a system of preferences based on skill sets and family reunification. Situated in the early years of the Cold War, the debate over the revision of U.S. immigration law demonstrated a division between those interested in the relationship between immigration and foreign policy, and those linking immigration to concerns over national security. The former group, led by individuals like Democrat Congressman from New York Emanuel Celler, favored the liberalization of immigration laws. Celler expressed concerns that the restrictive quota system heavily favored immigration from Northern and Western Europe and therefore created resentment against the United States in other parts of the world. He felt the law created the sense that Americans thought people from Eastern Europe as less desirable and people from Asia inferior to those of European descent. The latter group, led by Democratic Senator from Nevada Pat McCarran and Democratic Congressman from Pennsylvania Francis Walter, expressed concerns that the United States could face communist infiltration through immigration and that unassimilated aliens could threaten the foundations of American life. To these individuals, limited and selective immigration was the best way to ensure the preservation of national security and national interests.

Remarkably, economic factors were relatively unimportant in the debate over the new immigration provisions. Although past arguments in favor of restrictionism focused on the needs of the American economy and labor force, in 1952, the Cold War seemed to take precedent in the discussion. Notably, the American Federation of Labor and the Congress of Industrial Organizations took opposite sides in the debate, demonstrating that there was not one, clear pro-labor position.

At the basis of the Act was the continuation and codification of the National Origins Quota System. It revised the 1924 system to allow for national quotas at a rate of one-sixth of one percent of each nationality’s population in the United States in 1920. As a result, 85 percent of the 154,277 visas available annually were allotted to individuals of northern and western European lineage. The Act continued the practice of not including countries in the Western Hemisphere in the quota system, though it did introduce new length of residency requirements to qualify for quota-free entry.

The 1952 Act created symbolic opportunities for Asian immigration, though in reality it continued to discriminate against them. The law repealed the last of the existing measures to exclude Asian immigration, allotted each Asian nation a minimum quota of 100 visas each year, and eliminated laws preventing Asians from becoming naturalized American citizens. Breaking down the “Asiatic Barred Zone” was a step toward improving U.S. relations with Asian nations. At the same time, however, the new law only allotted new Asian quotas based on race, instead of nationality. An individual with one or more Asian parent, born anywhere in the world and possessing the citizenship of any nation, would be counted under the national quota of the Asian nation of his or her ethnicity or against a generic quota for the “Asian Pacific Triangle.” Low quota numbers and a uniquely racial construction for how to apply them ensured that total Asian immigration after 1952 would remain very limited.

There were other positive changes to the implementation of immigration policy in the 1952 Act. One was the creation of a system of preferences which served to help American consuls abroad prioritize visa applicants in countries with heavily oversubscribed quotas. Under the preference system, individuals with special skills or families already resident in the United States received precedence, a policy still in use today. Moreover, the Act gave non-quota status to alien husbands of American citizens (wives had been entering outside of the quota system for several years by 1952) and created a labor certification system, designed to prevent new immigrants from becoming unwanted competition for American laborers.

President Truman was concerned about the decisions to maintain the national origins quota system and to establish racially constructed quotas for Asian nations. He thought the new law was discriminatory, and he vetoed it, but the law had enough support in Congress to pass over his veto.