In the years following the First World War, issues of debt repayment and reparations troubled relations between the Allies and the now defeated Germany. The U.S.-sponsored Dawes and Young Plans offered a possible solution to these challenges. 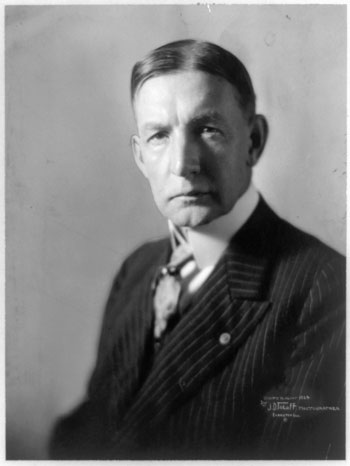 At the end of the First World War, the victorious European powers demanded that Germany compensate them for the devastation wrought by the four-year conflict, for which they held Germany and its allies responsible. Unable to agree upon the amount that Germany should pay at the Paris Peace Conference in 1919, the United States, the United Kingdom, France, and the other Allies established a Reparation Commission to settle the question. In the spring of 1921, the Commission set the final bill at 132 billion gold marks, approximately $31.5 billion. When Germany defaulted on a payment in January 1923, France and Belgium occupied the Ruhr in an effort to force payment. Instead, they met a government-backed campaign of passive resistance. Inflation in Germany, which had begun to accelerate in 1922, spiraled into hyperinflation. The value of the German currency collapsed; the battle over reparations had reached an impasse.

Meanwhile, a second wartime financial issue was causing tension among the former co-belligerents. While the United States had little interest in collecting reparations from Germany, it was determined to secure repayment of the more than $10 billion it had loaned to the Allies over the course of the war. Time and again, Washington rejected calls to cancel these debts in the name of the common wartime cause; it also resisted efforts to link reparations to inter-allied war debts. In 1922, London made this link explicit in the Balfour Note, which stated that it would seek reparations and wartime debt repayments from its European allies equal to its debt to the United States. That same year, Congress created the United States War Debt Commission to negotiate repayment plans, on concessionary terms, with the 17 countries that had borrowed money from the United States.

In late 1923, with the European powers stalemated over German reparations, the Reparation Commission formed a committee to review the situation. Headed by Charles G. Dawes (Chicago banker, former Director of the Bureau of the Budget, and future Vice President), the committee presented its proposal in April 1924. Under the Dawes Plan, Germany’s annual reparation payments would be reduced, increasing over time as its economy improved; the full amount to be paid, however, was left undetermined. Economic policy making in Berlin would be reorganized under foreign supervision and a new currency, the Reichsmark, adopted. France and Belgium would evacuate the Ruhr and foreign banks would loan the German government $200 million to help encourage economic stabilization. U.S. financier J. P. Morgan floated the loan on the U.S. market, which was quickly oversubscribed. Over the next four years, U.S. banks continued to lend Germany enough money to enable it to meet its reparation payments to countries such as France and the United Kingdom. These countries, in turn, used their reparation payments from Germany to service their war debts to the United States. In 1925, Dawes was a co-recipient of the Nobel Peace Prize in recognition of his plan’s contribution to the resolution of the crisis over reparations.

In the autumn of 1928, another committee of experts was formed, this one to devise a final settlement of the German reparations problem. In 1929, the committee, under the chairmanship of Owen D. Young, the head of General Electric and a member of the Dawes committee, proposed a plan that reduced the total amount of reparations demanded of Germany to 121 billion gold marks, almost $29 billion, payable over 58 years. Another loan would be floated in foreign markets, this one totaling $300 million. Foreign supervision of German finances would cease and the last of the occupying troops would leave German soil. The Young Plan also called for the establishment of a Bank for International Settlements, designed to facilitate the payment of reparations. 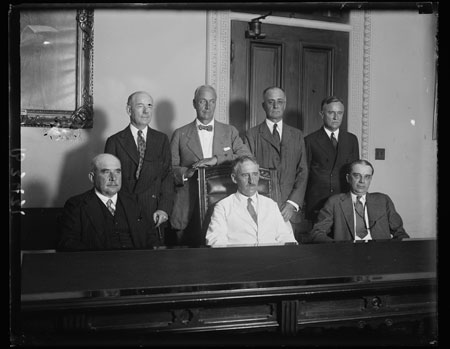 The advent of the Great Depression doomed the Young Plan from the start. Loans from U.S. banks had helped prop up the German economy until 1928; when these loans dried up, Germany’s economy floundered. In 1931, as the world sunk ever deeper into depression, a one-year moratorium on all debt and reparation payments was declared at the behest of President Herbert Hoover; an effort to renew the moratorium the following year failed. At the Lausanne Conference in 1932, European nations agreed to cancel their reparation claims against Germany, save for a final payment. After the November 1932 election of Franklin D. Roosevelt, France and the United Kingdom resurrected the link between reparations and war debts, tying their Lausanne Conference pledge to cancel their claims against Germany to the cancellation of their debts to the United States. The United States would not accept the proposal. By mid-1933, all European debtor nations except Finland had defaulted on their loans from the United States.

Nevertheless, the Dawes and Young Plans were important U.S. efforts that had lasting consequences. Coming so soon after the U.S. rejection of the Treaty of Versailles and the League of Nations, the Dawes and Young Plans were significant instances of U.S. reengagement with European affairs. The Young Plan also had a more lasting effect: the Bank for International Settlements, or BIS, continues to operate to this day as a forum for central bank consultation and cooperation. The United States’ experience with inter-allied war debts continued to influence its foreign policy for years to come; this influence is evident in the Johnson Act in 1934, the Neutrality Acts of the 1930s, and the Lend-Lease program in the Second World War.