Protectionism in the Interwar Period

In the decade after the end of the First World War, the United States continued to embrace the high tariffs that had characterized its trade policy since the Civil War. These were enacted, in part, to appease domestic constituencies, but ultimately they served to hinder international economic cooperation and trade in the late 1920s and early 1930s. 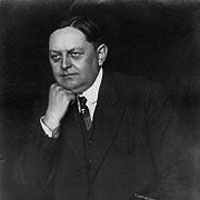 High tariffs were a means not only of protecting infant industries, but of generating revenue for the federal government. They were also a mainstay of the Republican Party, which dominated the Washington political scene after the Civil War. After the Democrats, who supported freer trade, captured Congress and the White House in the elections of 1910 and 1912, the stage was set for a change in tariff policy. With the 1913 Underwood-Simmons Tariff, the United States broke with its tradition of protectionism, enacting legislation that lowered tariffs (and also instituted an income tax). The reversion of Congress to Republican control during the First World War and the 1920 election of Republican Warren Harding to the presidency signaled an end to the experiment with lower tariffs. To provide protection for American farmers, whose wartime markets in Europe were disappearing with the recovery of European agricultural production, as well as U.S. industries that had been stimulated by the war, Congress passed the temporary Emergency Tariff Act in 1921, followed a year later by the Fordney-McCumber Tariff Act of 1922. The Fordney-McCumber Tariff Act raised tariffs above the level set in 1913; it also authorized the president to raise or lower a given tariff rate by 50% in order to even out foreign and domestic production costs. One unintended consequence of the Fordney-McCumber tariff was that it made it more difficult for European nations to export to the United States and so earn dollars to service their war debts.

Despite the Fordney-McCumber tariff, the plight of the American farmer continued. The wartime expansion of non-European agricultural production had led, with the recovery of European producers, to overproduction during the 1920s. This in turn had led to declining farm prices during the second half of the decade. During the 1928 election campaign, Republican presidential candidate Herbert Hoover pledged to help the beleaguered farmer by, among other things, raising tariff levels on agricultural products. But once the tariff schedule revision process got started, it proved impossible to stop. Calls for increased protection flooded in from industrial sector special interest groups and soon a bill meant to provide relief for farmers became a means to raise tariffs in all sectors of the economy. When the dust had settled, Congress had produced a piece of legislation, the Tariff Act of 1930, more commonly known as the Smoot-Hawley tariff, that entrenched the protectionism of the Fordney-McCumber tariff.

Scholars disagree over the extent of protection actually afforded by the Smoot-Hawley tariff; they also differ over the issue of whether the tariff provoked a wave of foreign retaliation that plunged the world deeper into the Great Depression. What is certain, however, is that Smoot-Hawley did nothing to foster cooperation among nations in either the economic or political realm during a perilous era in international relations. It quickly became a symbol of the “beggar-thy-neighbor” policies of the 1930s. Such policies, which were adopted by many countries during this time, contributed to a drastic contraction of international trade. For example, U.S. imports from Europe declined from a 1929 high of $1,334 million to just $390 million in 1932, while U.S. exports to Europe fell from $2,341 million in 1929 to $784 million in 1932. Overall, world trade declined by some 66% between 1929 and 1934.

Smoot-Hawley marked the end of the line for high tariffs in 20th century American trade policy. Thereafter, beginning with the 1934 Reciprocal Trade Agreements Act, the United States generally sought trade liberalization through bilateral or multilateral tariff reductions. To this day, the phrase “Smoot-Hawley” remains a watchword for the perils of protectionism.