The Geneva Naval Conference of 1927 was a gathering of the United States, Great Britain and Japan, to discuss making joint limitations to their naval capacities. The conference was a failure because the parties did not reach an agreement and the naval arms race continued unabated after the conference. 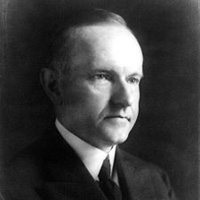 After World War I, many nations became concerned about the threat of another war and the possibility of an arms race. To address these issues in the naval arena, in 1922, Great Britain, the United States, Japan, France, and Italy signed the Five Powers Treaty at the . In the treaty, the powers agreed to a 5:5:3:1.75:1.75 ratio of naval tonnage and restrictions with regard to new building of both ships and bases. This meant that while the United States and Great Britain remained on par with each other in the size of their navies, Japan was held to a navy 60 percent as large. France and Italy were restricted to navies 35 percent the size of the British and American forces. In 1927, U.S. President Calvin Coolidge invited these powers to meet again to discuss extending the agreement to include other classes of vessels not included in the original treaty, such as cruisers, destroyers, and submarines. France and Italy declined the invitation to participate in the conference. The League of Nations was already engaged in preparing a more comprehensive disarmament conference (which took place in Geneva in 1932), and the two powers preferred to wait until that event to discuss air, land, and sea armaments all at once.

The other three powers met in Geneva and began negotiations on the extension of naval limitations. The United States proposed that the existing 5:5:3 ratios between the three powers be extended to include auxiliary vessels; that the maximum size of cruisers remain at less than 10,000 tons with 8-inch guns; and that the total tonnage of cruisers be limited to 400,000 for the United States and Great Britain (240,000 tons for Japan). The latter measure was designed to prevent the United States from having to embark on a massive building program to keep its fleet in line with the ratios established at the conference; as it was, to reach 400,000 tons it would have to build several new ships. Great Britain proposed dividing the classes of cruisers into “heavy” and “light,” so that heavy cruisers did not exceed 10,000 tons, but light cruisers did not exceed 7,000. As the British had a far greater need for light cruisers, it proposed limiting production of heavy cruisers, while including more freedom for building those in the lighter class. They also proposed an overall cruiser limit of 70 ships and 600,000 tons. This plan would have required the United States to build as many as thirty new heavy cruisers just to maintain parity between the two nations, thus sparking an arms race instead of disarmament. Japan proved to be the most flexible party with regard to the cruiser limitations, but preferred that a 10:10:7 ratio be applied to auxiliary craft, rather than the Washington Conference ratio of 5:5:3.

The differences between the parties emerged in several areas. First, there was a dispute about whether “parity” should be measured based on tonnage or number of vessels. The United States preferred tonnage, while the British preferred to count the fleet. To keep overall tonnage below the established limits, the British preferred to build light cruisers, but because light cruisers were essentially useless in battle against heavy cruisers, they wanted the United States and Japan to build the lighter variety as well. The United States had virtually no use for light cruisers and felt that as long as they stayed below the tonnage limit, they should be able to build as many heavy cruisers as they liked. It was a fundamental impasse. Second, Great Britain set forth what it called the “doctrine of requirements,” which asserted that the size of a nation’s naval fleet should be based on what it required to defend its territory; this idea was in opposition to the American preference that the size of the fleet required should be proportional to the size of the navies of other nations in the world. Accepting the “doctrine of requirements” would mean agreeing to the British demand for a large number of cruisers and then undertaking a massive American building program to achieve parity, so neither the United States nor Japan approved of it. Although the three countries made some progress in their discussions over other classes of auxiliary ships, the powers were agreed that there would only be a new treaty if the “cruiser controversy” was solved. As a result, the stalemate over the cruiser question ended the conference without a new treaty.

Failure to Form a Treaty

The failure of the conference can be attributed to the inability of the United States and Great Britain to come to terms on these issues; one side or both needed to make substantial compromises to solve the problem. Far from allowing the “friendship” of their shared heritage to bring cooperation, it seemed that few at the conference on either side had definitively ruled out the possibility of the two nations engaging on opposite sides of a future conflict, so each hoped to maintain as much of an edge as possible in naval capacity. In the wake of the failed talks at Geneva, the United States passed a bill to build fifteen new cruisers and an aircraft carrier, and thereby joined the naval arms race. This led Japan and Britain to consider their own building programs, making the result of the conference a potential new arms race, rather than limitation. The United States and Great Britain realized that without an agreement, the cruiser issue would block advancements at any future conferences, so they continued discussions in the years that followed. In 1929, the two sides agreed on a limit of 50 cruisers and 339,000 tons, with a limit to the maximum number of heavy cruisers. Both sides compromised heavily to reach this deal, but the issue of how many heavy cruisers would be permitted was not yet settled. The countries addressed the issue once again at the .