Papers Relating to the Foreign Relations of the United States, 1894, With the Annual Message of the President, Transmitted to Congress, December 3, 1894

Sir: I have the honor to transmit herewith a copy of a note I have to-day addressed to the foreign office remonstrating against a prohibition by the authorities of the city of Heilbronn, Würtemberg, of the sale there of American corned beef, shipped by Messrs. Armour & Co., on the ground of the alleged insufficiency of the certificate by the Department of Agriculture of the United States of the healthfulness of the article.

A copy of the certificate referred to, which was submitted to the authorities of Heilbronn by the merchant applying for permission to sell the product in question in support of his application, is also inclosed herewith.

The answer of the foreign office to the embassy’s remonstrance will, when received, be promptly transmitted to the Department.

The undersigned, chargé d’affaires of the United States of America, has the honor to invite the attention of Baron von Rotenhan, acting secretary of state for foreign affairs, to a prohibition of the sale of an important article of American trade at the city of Heilbronn, in Würtemberg, and to request that such measures may be kindly taken as [Page 229]will lead to the removal of the prohibition in the event of its being found, upon Investigation, to be unwarranted, as the undersigned ventures to believe it will be.

As appears from an extract, herewith inclosed, from the minutes of the common council (Gemeinderath) of the city of Heilbronn, Würtemberg, that municipal body, under date of the 5th of July instant, decreed that Mr. Paul Wohl, a merchant of that city, should not be permitted to sell American corned beef on the ground that the certificate submited by him afforded no sufficient guaranty for the complete harmlessness of the article.

In what respect the article referred to, which is issued by the Department of Agriculture of the United States, is deemed insufficient by the authorities of Heilbronn is not known to the undersigned; it appears, however, as far as he is informed, to be regarded as satisfactory elsewhere throughout Germany.

While requesting that the decree of the common council of Heilbronn may be ultimately kindly returned, the undersigned avails himself of this occasion, etc.,

Chapman Coleman.
[Inclosure 2 in No. 125.—Certificate of the U. S. Department of Agriculture. Duplicate certificate of inspection of meat products for export.] 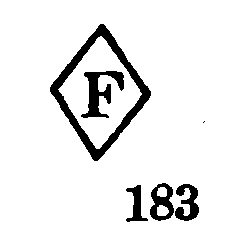 This is to certify that 30 bbls. of beef clods, bearing stamps numbered as indicated on the margin hereof, which are to be exported by Armour & Company, and are assigned to Paul Wohl, Frankfort, Germany, have been inspected and stamped in conformity with the requirements of the act of Congress approved March 3rd, 1891, and that the animals from which said products came were free from disease on post mortem examination.