In the 1850s, Chinese workers migrated to the United States, first to work in the gold mines, but also to take agricultural jobs, and factory work, especially in the garment industry. Chinese immigrants were particularly instrumental in building railroads in the American west, and as Chinese laborers grew successful in the United States, a number of them became entrepreneurs in their own right. As the numbers of Chinese laborers increased, so did the strength of anti-Chinese sentiment among other workers in the American economy. This finally resulted in legislation that aimed to limit future immigration of Chinese workers to the United States, and threatened to sour diplomatic relations between the United States and China. 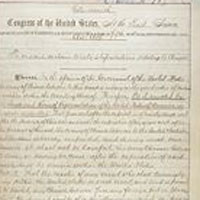 American objections to Chinese immigration took many forms, and generally stemmed from economic and cultural tensions, as well as ethnic discrimination. Most Chinese laborers who came to the United States did so in order to send money back to China to support their families there. At the same time, they also had to repay loans to the Chinese merchants who paid their passage to America. These financial pressures left them little choice but to work for whatever wages they could. Non-Chinese laborers often required much higher wages to support their wives and children in the United States, and also generally had a stronger political standing to bargain for higher wages. Therefore many of the non-Chinese workers in the United States came to resent the Chinese laborers, who might squeeze them out of their jobs. Furthermore, as with most immigrant communities, many Chinese settled in their own neighborhoods, and tales spread of Chinatowns as places where large numbers of Chinese men congregated to visit prostitutes, smoke opium, or gamble. Some advocates of anti-Chinese legislation therefore argued that admitting Chinese into the United States lowered the cultural and moral standards of American society. Others used a more overtly racist argument for limiting immigration from East Asia, and expressed concern about the integrity of American racial composition.

To address these rising social tensions, from the 1850s through the 1870s the California state government passed a series of measures aimed at Chinese residents, ranging from requiring special licenses for Chinese businesses or workers to preventing naturalization. Because anti-Chinese discrimination and efforts to stop Chinese immigration violated the 1868 Burlingame-Seward Treaty with China, the federal government was able to negate much of this legislation.

In 1879, advocates of immigration restriction succeeded in introducing and passing legislation in Congress to limit the number of Chinese arriving to fifteen per ship or vessel. Republican President Rutherford B. Hayes vetoed the bill because it violated U.S. treaty agreements with China. Nevertheless, it was still an important victory for advocates of exclusion. Democrats, led by supporters in the West, advocated for all-out exclusion of Chinese immigrants. Although Republicans were largely sympathetic to western concerns, they were committed to a platform of free immigration. In order to placate the western states without offending China, President Hayes sought a revision of the Burlingame-Seward Treaty in which China agreed to limit immigration to the United States. 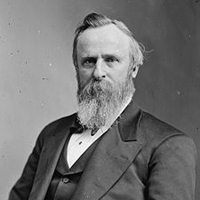 In 1880, the Hayes Administration appointed U.S. diplomat James B. Angell to negotiate a new treaty with China. The resulting Angell Treaty permitted the United States to restrict, but not completely prohibit, Chinese immigration. In 1882, Congress passed the Chinese Exclusion Act, which, per the terms of the Angell Treaty, suspended the immigration of Chinese laborers (skilled or unskilled) for a period of 10 years. The Act also required every Chinese person traveling in or out of the country to carry a certificate identifying his or her status as a laborer, scholar, diplomat, or merchant. The 1882 Act was the first in American history to place broad restrictions on immigration.

For American presidents and Congressmen addressing the question of Chinese exclusion, the challenge was to balance domestic attitudes and politics, which dictated an anti-Chinese policy, while maintaining good diplomatic relations with China, where exclusion would be seen as an affront and a violation of treaty promises. The domestic factors ultimately trumped international concerns. In 1888, Congress took exclusion even further and passed the Scott Act, which made reentry to the United States after a visit to China impossible, even for long-term legal residents. The Chinese Government considered this act a direct insult, but was unable to prevent its passage. In 1892, Congress voted to renew exclusion for ten years in the Geary Act, and in 1902, the prohibition was expanded to cover Hawaii and the Philippines, all over strong objections from the Chinese Government and people. Congress later extended the Exclusion Act indefinitely.

In China, merchants responded to the humiliation of the exclusion acts by organizing an anti-American boycott in 1905. Though the movement was not sanctioned by the Chinese government, it received unofficial support in the early months. President Theodore Roosevelt recognized the boycott as a direct response to unfair American treatment of Chinese immigrants, but with American prestige at stake, he called for the Chinese government to suppress it. After five difficult months, Chinese merchants lost the impetus for the movement, and the boycott ended quietly.

The Chinese Exclusion Acts were not repealed until 1943, and then only in the interests of aiding the morale of a wartime ally during World War II. With relations already complicated by the Opium Wars and the Treaties of Wangxia and Tianjian>, the increasingly harsh restrictions on Chinese immigration, combined with the rising discrimination against Chinese living in the United States in the 1870s-early 1900s, placed additional strain on the diplomatic relationship between the United States and China.