The development of the electric telegraph greatly changed the way diplomacy was conducted in the 19th century. Until that time information was exchanged at the speed of a sailing ship or a galloping horse. During the 1830s and 1840s, inventors working independently in several countries developed workable electric telegraphs, and these devices quickly superceded other technologies with the same name. By the mid-nineteenth century, telegraphy had acquired its present definition as a device for converting messages into electric impulses that traveled instantaneously by wire to distant receivers, where they were converted back into readable text. European foreign ministries first used telegraphy during the early 1850s, but it did not become an important tool in the diplomacy of the United States until the completion of a successful transatlantic cable in 1866. 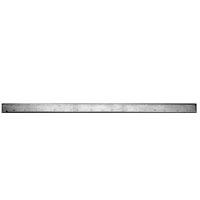 The first telegram sent across the Atlantic, reading “What hath God wrought.”

The most significant characteristic of the telegraph was its speed. Telegrams traveled like lightning across continents and oceans. Even with the additional time required for coding and handling, telegrams were typically available within a few hours of being sent. This speed brought many advantages to policymakers who found that they could respond rapidly to far off crises of whose very existence they would previously have remained ignorant for weeks. But the telegraph also brought disadvantages. The ability to act quickly placed new time pressures upon political leaders, especially since telegraphy could inform newspapers and an expectant public just as swiftly. The acceleration of international disputes posed challenges to foreign ministries, which frequently used delay as a tool in resolving international crises. The long pauses caused by relatively slow communication had previously allowed tempers to cool, provided time for careful, methodical diplomacy, and offered harried political leaders an opportunity to conceive creative solutions to complex problems.

Telegraphy increased the centralization of foreign ministries. When ambassadors were months away from their political superiors, they were often forced to take pressing and important decisions before they could receive their instructions. In such circumstances, they exercised enormous power, sometimes even acting as policymakers in their own right. In contrast, telegraphy circumscribed the independence of diplomats. It reduced the pressure of difficult decisions, which diplomats had previously faced without ready access to advice from their superiors. Yet, it also diminished the prestige and the power of diplomatic representatives. Their function changed. Whereas diplomats had once received autonomy because the sending of instructions to respond to every eventuality was slow and cumbersome, they now, in the age of the telegraph, were prized in part for their inefficiency. They provided an extra layer of expertise and slowed the policymaking process, thereby reducing the chances of a catastrophic error.

The formation and implementation of foreign policy can be a high-risk endeavor. In an environment in which miscalculation can lead to a disastrous war or diplomatic defeat, foreign ministries tend to be skeptical of radical changes and untried methods. Yet, foreign ministries did cautiously adapt to the telegraph. In 1859, Britain’s Foreign Office hired resident clerks to handle telegrams received after the close of business. The U.S. Department of State established a telegraph office in 1866, a few months after the permanent establishment of transatlantic telegraphy. Diplomats learned to write more concisely in order to reduce telegraph expenses, which typically increased with the length of messages. Foreign ministries made more frequent use of codes in an (often fruitless) effort to keep the contents of their telegrams secret from spies.

In the late 20th and early 21st centuries, new technologies of communication—especially networked computers and fiber optic cables (which carried light rather than electricity)—marked the end of diplomacy by telegraph. Yet, the telegraph deserves to be remembered as the technology that brought diplomacy into the high-speed age of electricity.