The Venezuelan Boundary Dispute officially began in 1841, when the Venezuelan Government protested alleged British encroachment on Venezuelan territory. In 1814, Great Britain had acquired British Guiana (now Guyana) by treaty with the Netherlands. Because the treaty did not define a western boundary, the British commissioned Robert Schomburgk, a surveyor and naturalist, to delineate that boundary. His 1835 survey resulted in what came to be known as the Schomburgk Line, a boundary that effectively claimed an additional 30,000 square miles for Guiana. 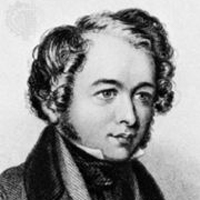 In 1841 Venezuela disputed the British delineation, claiming territorial delineations established at the time of their independence from Spain. Venezuela claimed its borders extended as far east as the Essequibo River—an effective claim on two-thirds of British Guiana’s territory. When gold was discovered in the disputed territory, Great Britain sought to further extend its reach, claiming an additional 33,000 square miles west of the Schomburgk Line, an area where gold had been discovered. In 1876 Venezuela protested and appealed to the United States for assistance, citing the Monroe Doctrine as justification for U.S. involvement. For the next 19 years Venezuela repeatedly petitioned for U.S. assistance, calling on its neighbor to the north to intervene by either sponsoring arbitration or intervening with force. The United States responded by expressing concern, but did little to facilitate a resolution.

In 1895, invoking the Monroe Doctrine, newly appointed U.S. Secretary of State Richard Olney sent a strongly-worded note to British Prime Minister and Foreign Secretary Lord Salisbury, demanding that the British submit the boundary dispute to arbitration. Salisbury response was that the Monroe Doctrine had no validity as international law. The United States found that response unacceptable and in December 1895, President Grover Cleveland asked Congress for authorization to appoint a boundary commission, proposing that the commission’s findings be enforced “by every means.” Congress passed the measure unanimously and talk of war with Great Britain began to circulate in the U.S. press.

Great Britain, under pressure in South Africa with the Boers and managing an empire that spanned the globe, could ill afford another conflict. Lord Salisbury’s government submitted the dispute to the American boundary commission and said nothing else of the Monroe Doctrine. Venezuela enthusiastically submitted to arbitration, certain that the commission would decide in its favor. However, when the commission finally rendered a decision on October 3, 1899, it directed that the border follow the Schomburgk Line. Although of rejection of Great Britain’s increasingly extravagant claims, the ruling preserved the 1835 demarcation. Disappointed the Venezuelans quietly ratified the commission’s finding. Of far greater significance, the Anglo-Venezuelan boundary dispute incident asserted for the first time a more outward-looking American foreign policy, particularly in the Western Hemisphere. Internationally the incident marked the United States as a world power and gave notice that under the Monroe Doctrine it would exercise its claimed prerogatives in the Western Hemisphere.