In the wake of the Civil War, the United States continued to expand into new territory and new markets. 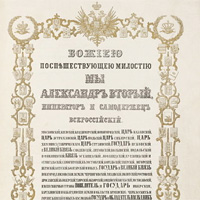 In 1867, the U.S. nearly doubled its holdings with the purchase of the territory of Alaska from the Russians. During this period, U.S. economic power grew, driven by new inventions in communication and transportation that closed the distance from coast to coast, and by a massive influx of immigration that sparked an explosion of industrialization and urbanization throughout the country. The combination of high productivity and the industrial revolution resulted in a production rate that vastly outstripped that which people in the United States could consume. Following two devastating economic recessions, U.S. foreign policy leaders focused on finding foreign markets to absorb excess goods. This renewed emphasis on exploring international business opportunities resulted in a buildup of U.S. naval forces to protect commercial shipping and overseas interests.