On November 19, 1794 representatives of the United States and Great Britain signed Jay’s Treaty, which sought to settle outstanding issues between the two countries that had been left unresolved since American independence. The treaty proved unpopular with the American public but did accomplish the goal of maintaining peace between the two nations and preserving U.S. neutrality. 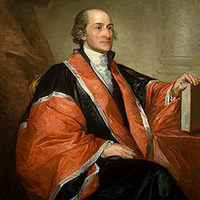 Tensions between the United States and Britain remained high after the Revolutionary War as a result of three key issues. British exports flooded U.S. markets, while American exports were blocked by British trade restrictions and tariffs. The British occupation of northern forts that the British Government had agreed to vacate in the Treaty of Paris (1783) as well as recurrent Native American attacks in these areas also frustrated Americans. Finally, Britain’s impressments of American sailors and seizure of naval and military supplies bound to enemy ports on neutral ships brought the two nations to the brink of war in the late 1700s.

The French Revolution led to war between Britain and France in 1793. Divisions emerged in the United States between those who supported the French, including Secretary of State Thomas Jefferson, and those who supported the British, including Secretary of the Treasury Alexander Hamilton. Fearing the repercussions of a war with Britain, President George Washington sided with Hamilton and sent pro-British Chief Justice John Jay to negotiate with the British Government. Jay looked to Hamilton for specific instructions for the treaty. Hamilton recommended an approach that would both stabilize relations with Great Britain and guarantee increased trade between the United States and Great Britain.

Jay’s only significant bargaining chip in the negotiations was the threat that the United States would join the Danish and the Swedish governments in defending their neutral status and resisting British seizure of their goods by force of arms. In an attempt to guarantee good relations with Britain, Hamilton independently informed the British leadership that the United States had no intention of joining in this neutral armament. Hamilton’s actions left Jay with little leverage to force the British to comply with U.S. demands.

The resulting treaty addressed few U.S. interests, and ultimately granted Britain additional rights. The only concessions Jay obtained was a surrender of the northwestern posts (already agreed to in 1783) and a commercial treaty with Great Britain that granted the United States “most favored nation” status, but seriously restricted U.S. commercial access to the British West Indies. All other outstanding issues, including the Canadian-Maine boundary, compensation for pre-revolutionary debts, and British seizures of American ships, were to be resolved by arbitration. Jay even conceded that the British could seize U.S. goods bound for France if they paid for them and could confiscate without payment French goods on American ships.

Jay’s Treaty was immensely unpopular with the American public, but it squeaked through the Senate on a 20 to 10 vote on June 24, 1795. President Washington implemented the treaty in the face of popular disapproval, realizing that it was the price of peace with Great Britain and that it gave the United States valuable time to consolidate and rearm in the event of future conflict.