United States Maritime Expansion across the Pacific during the 19th Century

The westward expansion of the United States during the 19th century was not limited to North America, but rather included an ongoing push to establish a stronger U.S. presence in and across the Pacific Ocean. This maritime expansion, driven mostly by commerce, had important implications for U.S. foreign policy.

The appeal of profits to be earned from the China trade served as the initial impetus to motivate U.S. citizens and officials to enter into the Pacific region. China was the source of some of the world’s most sought after commodities—tea, porcelain, and silk—and Western merchants had sought access to this highly lucrative trade since at least the 17th century. Following U.S. independence, U.S.-based merchants continued to seek opportunity in China. In February 1784 the Empress of China became the first ship to sail from the United States to China, and in its wake came a steady flow of merchants in search of wealth. During the first decades of the 19th century, U.S. merchants amassed sizable fortunes that they subsequently invested in the development of their homeland. As this trade grew, U.S. traders built a small outpost in China and their interactions with Chinese subjects became more complex and occasionally contentious. The U.S. Government realized that it had to establish formal diplomatic ties in order to protect the interests of its citizens. In the wake of war between Britain and China, and the subsequent opening of diplomatic relations between those two countries, the United States moved to negotiate its own treaty with the Chinese Government. The resulting agreement, the Treaty of Wangxia, was ratified in 1844, and soon thereafter U.S. ministers and consuls took up residence in China’s capital and port cities.

Making the journey to China and maintaining the U.S. presence there also required a network of ports extending across the Pacific Ocean, and as such, the China trade soon drove the United States to expand its presence throughout the Pacific region. Perhaps most significantly, when Commodore Matthew Perry sailed his ships to Japan in 1853, his primary motivation was to establish a foothold that would strengthen the U.S. position for trade and diplomacy in the region. In other words, the United States opened relations with Japan in large part to enhance its status in China. On a smaller scale, as U.S. merchants began to stop at many of the Pacific Islands to replenish supplies and acquire goods to trade with Chinese merchants, the U.S. Government appointed consuls to several of these places. For example, consulates were established in Fiji in 1844, Samoa in 1856, and the Marshall Islands in 1881. The U.S. presence in Hawai’i grew out of the need for a substantial base of operations in the Pacific to support U.S. interests in China. Ultimately this need became so great, and the U.S. presence so large, that the United States annexed the islands in 1898. 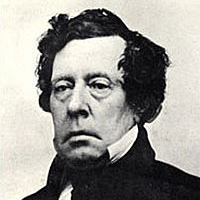 The process of U.S. maritime expansion in the Pacific eventually became a goal in and of itself, culminating in the acquisition of the Philippines from Spain in 1898. The Spanish-American War began with a dispute over Cuba, but a rising tide of interest in overseas empire among U.S. leaders, such as President William McKinley and future President Theodore Roosevelt, helped expand the conflict to Spanish possessions in Asia. After a swift victory over Spain, the United States set up a temporary military administration to govern the islands and promote their political, economic, and social development. The United States established full colonial rule over the Philippines in 1900 during the Philippine-American War.

U.S. expansion across the Pacific fundamentally changed the global position of the United States. In 1800, the United States held closely to George Washington’s advice to avoid “entangling alliances” while pursuing foreign relations based upon trade. By 1900, the United States was a recognized world power with substantial commercial, political, and military interests and territorial holdings throughout the Pacific region. Maritime expansion led to the proclamation of an Open Door policy for China in 1899­–1900, and set the stage for much greater involvement in local and regional politics and trade during the early 20th century.