54. Memorandum From the President’s Assistant for National Security Affairs (Kissinger) to President Nixon 1 2

Where the Passengers Are

No confirmed list of the hostages is available. A few more than 300 passengers have been involved altogether. Over half are U.S. citizens. Israelis and dual nationals have been estimated at 30-50. About 125 of these passengers, mostly women and children, have been brought to the Hotel Intercontinental in Amman. However, the Red Cross representative, after talking to Palestinian leaders, says these passengers are not free to leave Amman, even though the hotel itself is surrounded by Jordanian government forces. He reports that the hostages are being well treated.

You will recall that Monday night, the U.S. agreed to participate in a concerted U.S.-U.K.-Swiss-West German effort through the Red Cross. At a meeting Tuesday in Bern, the British, Swiss and West German representatives confirmed their governments’ agreement that the Red Cross might offer release of the seven fedayeen prisoners they hold if the guerrillas turned over all passengers and the two planes to the Red Cross. Meanwhile, Red Cross representatives had arrived in Amman. Following are the main developments since the foregoing:

1.
Below are the main points made by Red Cross representative Andre Rochat in a report to British, West German, Swiss representatives in Amman following his first round of talks (two meetings with Jordanian Prime Minister Rifai and a long discussion with the Palestinians):
2.
Secretary Rogers yesterday called in all Arab Chiefs-of-Mission in Washington to make an appeal solely on humanitarian grounds for safety of the passengers. He emphasized that, while we do not hold Arab governments responsible, public outrage around the world would be great if innocent passengers were harmed.
3.
Under Secretary Johnson last night sent a message to the U.S. Charge in Amman saying “it seems to us here that there might be some [Page 3] value, if King Hussein is willing, for the commander of the Jordanian troops surrounding the site of the aircraft to get across to the PFLP personnel at the aircraft a warning that if they carry out their threat to destroy the aircraft and passengers, the Jordanian forces will do their utmost to assure that none of the PFLP personnel escape from the scene alive.
4.
An approach has been made in Bonn urging the West German government not to release their fedayeen prisoners unilaterally. They appear, as do the Swiss, to have received separate approaches from the fedayeen setting a separate deadline for exchange of their prisoners for their passengers. The West Germans appear to be increasingly nervous over the approaching deadline, and the Cabinet is meeting this morning. They have been informed of Rochat’s insistence that the multi-national approach be maintained.
5.
According to Jerusalem radio this morning, Israel intends to ask the British government today to detain the woman hijacker in its hands until Israel can submit a request for her extradition. The British informed us yesterday that they are willing to release her as part of the U.S.-U.K.-German-Swiss response to the fedayeen demands. Israel continues to insist that nothing be done that will result in partial release of those detained-leaving only the Israelis (and presumably American Jews) in fedayeen hands. There is no indication Israel may be willing to release any fedayeen in its hands.
6.
The British have proposed to the U.S., Swiss and Germans a UN Security Council meeting to consider the hijacking problem. We and the Swiss have reacted favorably.

I have arranged for the following actions by U.S. military forces:

How Events May Evolve

1.
A major factor will be whether Rochat has indeed succeeded in slipping the deadline.
2.
Whatever the timing, it seems likely that Rochat in his negotiations will be confronted with a Fedayeen demand that Israel release some of the Fedayeen prisoners it holds. At that point pressures will develop in two directions: 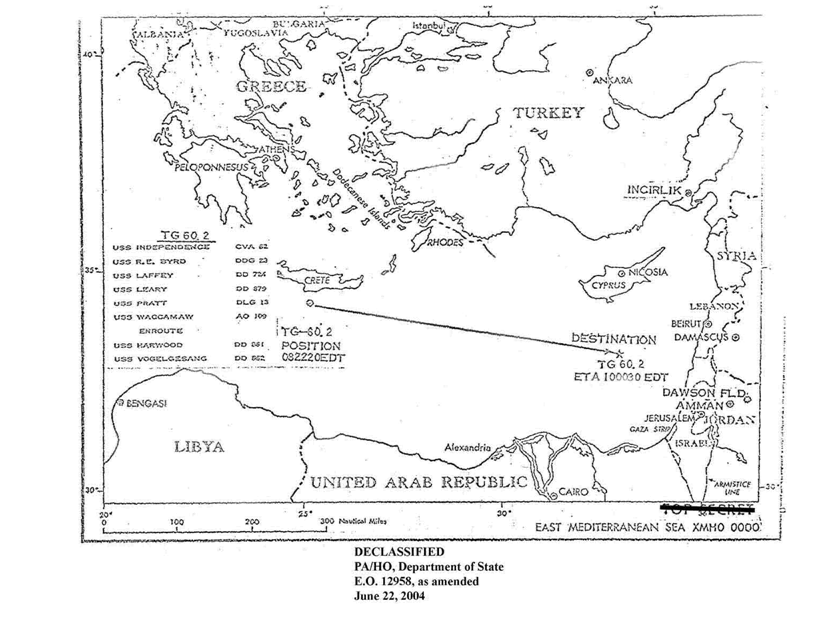