What Do Those Asterisks Mean?
- Research - History of the Foreign Relations Series - Historical Documents

What Do Those Asterisks Mean?

In my previous blog post, I discussed how historians start their research with a question about the past. In this post, I’ll talk about another question that we in the Office of the Historian have had about the first FRUS volume published in 1861: what material was left out?

Answering this question seems difficult at first. We know very little about the clerks who compiled the first FRUS volume. The Department was much smaller in the nineteenth century than it is today, with only 42 domestic employees in 1860. Therefore, it is difficult to imagine that a project of this magnitude would have gone unnoticed by Secretary of State William Seward. Nevertheless, we have no direct evidence of Seward’s involvement in the publication of the volume, nor do we know the standards by which materials were selected for inclusion.

This is unfortunate, because some of the documents published in the first volume have excisions; a row of asterisks was printed where material was cut out. This presents historians with a double challenge: not only do we not know what material was excised, but we also don’t know why the editors of the first volume chose to exclude the information.

But historians don’t give up easily! As it happens, there is another way to investigate this particular question. The National Archives holds some of the original documents published in the first volume. In this blog post, I’ll focus on correspondence between Washington and U.S. diplomats in London. When U.S. Minister to Great Britain Charles Francis Adams prepared a despatch to send back to Washington, the text was also copied into a book kept at the legation’s office. Those books now sit at the National Archives as part of Record Group 84. Office of the Historian staff member Forrest Barnum has compared the full text of despatches in RG 84 to the copies printed in the first volume, and discovered some interesting things. By looking at the material not included in the volume, we can make inferences about the methodologies used by the clerks at the time. 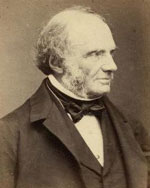 What we have discovered is that the excisions ranged widely in terms of how they altered the meaning of the original despatch (if at all). Some of the material cut out was of little consequence. For example, information about consular appointments was deleted from the printed volume, which probably has little impact on the utility of the volume to a modern scholar. But in other cases, the information left out of the printed version changes the meaning or tone of the original. On September 28, 1861, Adams sent a despatch to Washington recounting his conversation with British Secretary of State for Foreign Affairs Lord John Russell at Abergeldie Castle in Scotland. The editors of the volume decided to print the portion of Adams’s message where he registered a complaint about the reception of an “insurgent privateer” by “authorities at Trinidad” (at the time ruled by the British), but the vast majority of the despatch was left out. Excised material included details about Adams’s trip to Scotland, (he carped that “the invitation was very much as if you were to ask [British Minister to the United States] Lord Lyons to come and see you and talk of business at Auburn instead of Washington, with the exception that the expense of traveling here is about six times greater than in America”), the fact that the journey afforded him “abundant opportunity for full and free conversation” with Lord Russell, a lengthy discussion of European interest in Mexico, and British complaints about “seizure and imprisonment” of British subjects. Adams concluded the despatch by noting that “during the whole of my stay at Abergeldie Castle I thought I perceived the symptoms of a more friendly and cordial feeling than had ever been manifested to me before,” which “fully compensated me for the length and fatigue of the journey.” In this case, the details of Adams’s protest about the treatment of Confederate ships were deemed more important (or less sensitive) than his views of how he was treated by the British by the 1861 FRUS compiler(s). 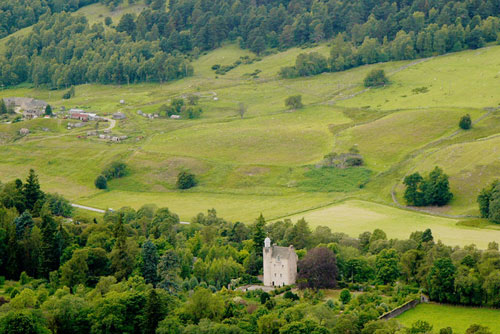 One excision was even starker in terms of its potential impact had it been disclosed in 1861. On August 16, Adams wrote that the effect of Union defeat at Bull Run on July 21 was damaging because of the “ridicule it exposes the country to” rather than because of the “positive loss” stemming from the battle itself. This portion of Adams’s message was omitted from the published volume. Adams noted that the “military spirit of Europe does not reconcile itself to such scenes as have been distinctly painted by the European correspondence of the London Times, and the American press, as well as caricatured in Punch.” Reports in the European press of Federal defeat were clearly not helping the Union cause. In the published portion of the despatch, Adams noted his instructions to speak to Lord Russell about the blockade of Confederate shipping. In the excised portion, Adams admitted that were he to take a “strong tone” in the midst of the atmosphere of ridicule spawned by Bull Run, he would “scarcely likely do more than to provide a smile” on the faces of his interlocutors. Rather, Adams wrote, he should “await an hour doubtless not far distant when the people of the United States will have redeemed their reputation for judgment and skill and courage” and have proven that they can survive war “without the guidance or control of the military or civil officers of the slaveholding States.” Washington’s demand for a conference and its topic stayed in the volume; the embarrassing reasons for Adams’s delay were kept out.

There are at least three lessons to learn from these excisions. First, some of the excisions were clearly innocuous, so the presence of excisions does not necessarily indicate a grand design to withhold information from the U.S. public. Congress was hardly concerned with the names and arrival dates of consular officials when it requested information about the country’s foreign relations from the Lincoln administration. These excisions should not trouble us.

A second conclusion is that some of the excised information was quite significant. Adams communicated that the United States was embarrassed abroad by the defeat at Bull Run; printing this information in the volume clearly would imperil morale at home. Therefore, we can see why the Lincoln administration might have excluded that portion of Adams’s report when it passed the rest of the document to Congress. It is clear that modern researchers can’t learn everything that they might like simply by reading the printed volume; historians have to look at the full text of the originals as well.

Yet there is also a third conclusion: even if the printed volume has excisions, this does not mean that it is worthless. Rather, the volume tells us what the Lincoln administration wanted the public to know about foreign relations during the Civil War. The volume served a public relations purpose to inform Americans that the government was energetically combating Confederate efforts to gain foreign recognition. This meant obscuring some unpleasant truths (such as the British reaction to Bull Run). But nevertheless, understanding the material that was left out of the volume can help us learn more about the intent of those who put the volume together.

I hope this post has demonstrated some of the ways in which historians can work to fill apparent gaps in the historical record and make inferences about the past in the absence of direct evidence. We don’t know if the first FRUS compilers made excisions from documents on the basis of formal instructions or their own judgments. We can’t state conclusively why specific material was excised from the 1861 volume. Instead, we have to make intelligent inferences after examining surviving primary sources.

One of the themes explored in researching the history of FRUS is the evolution of how the series was produced over time. Informing the public about what type of material has been excised and why represents a clear shift in policy from the nineteenth century to today. We have gone from a series of asterisks to a formal, explicit, rigorous standard which governs today’s FRUS volumes. The rules for excisions are encoded in 22 U.S.C. 4351(b): “The editing of records for preparation of the FRUS series shall be guided by the principles of historical objectivity and accuracy. Records shall not be altered and deletions shall not be made without indicating in the published text that a deletion has been made. The published record shall omit no facts which were of major importance in reaching a decision, and nothing shall be omitted for the purpose of concealing a defect of policy.” When material cannot be included in a FRUS volume published today, the amount of material excluded is always clearly shown in the text. As a result, today’s FRUS volumes embody a great deal more accountability than their earliest ancestors.