By Peter Cozzens
Office of the Historian, U.S. Department of State

In researching the Foreign Relations (FRUS) series of the Gilded Age (1869-1897), I was particularly struck with the high level of attention it received in the State Department. Unlike the series today, which is prepared by professional historians in an office well removed from the regional and functional bureaus, the nineteenth century FRUS reflected the combined efforts of the key officers of the Department.  The fact that the documents published in FRUS were contemporaneous and often reflected both the direction of American foreign policy and Department actions on most of the key issues of the day made such scrutiny imperative. With Congress as the intended consumer of FRUS, the last thing the Department needed was to submit correspondence assembled randomly or without a nuanced understanding of policy.

The Second Assistant Secretary of State (the equivalent of today’s Under Secretary for Political Affairs) supervised the annual FRUS volumes and reviewed every document in them. The Second Assistant Secretary was both the supervisor of Foreign Relations and the principal policy advisor to the Secretary of State, making him uniquely qualified to determine the contents of the series. First Assistant Secretaries of State were political appointees. They came and went every year or two and never served beyond the term of the president. But from 1866 to 1924 there were only two second assistant secretaries: William Hunter (1866-1886) and Alvey A. Adee (1886-1924). 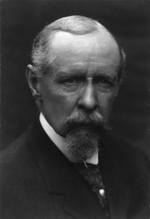 As career officials of outstanding ability who enjoyed the confidence of secretaries of state of both parties, Hunter and Adee brought to FRUS highly professional and nonpartisan oversight and an important element of continuity. William Hunter entered the Department of State in 1829 and spent fifty-seven years there under twenty-one Secretaries of State. He was so valuable to the Department that in 1866 the office of Second Assistant Secretary was created especially for him, to be held by Hunter until his death. Hunter was “the original draftsmen of many of the most important papers of the Secretary of State,” recalled John Bassett Moore, Third Assistant Secretary of State (the fourth ranking position in the Department) in the late 1880s and Acting Secretary during part of the Spanish-American War.

During his thirty-eight year tenure, Adee played the same role as Hunter. Like Hunter, he had a phenomenal memory. A stickler for correct style and usage, Adee drafted most outgoing instructions for the Secretary of State’s signature.1

The task of selecting and compiling correspondence for FRUS from among the 3,000 or more incoming despatches or outgoing letters of instruction that the Secretary of State and U.S. ministers generated annually fell to the six to ten clerks of the Diplomatic Bureau. Clerks were not menials. Rather, they were the career officials with keen substantive knowledge who were assigned geographical portfolios. Diplomatic Bureau clerks drafted responses to incoming despatches on behalf of Department principals, and they also submitted reports to them on issues of importance. They were the equivalent of today’s country desk officers. The Diplomatic Bureau director or one of the three division chiefs reviewed Foreign Relations page proofs before they went to Hunter or Adee.

It truly can be said that Hunter, Adee, and the Diplomatic Bureau staff who worked on the Foreign Relations series under their supervision, were among the world’s first professional documentary editors.