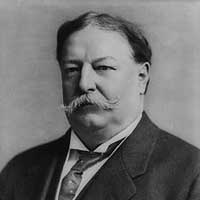 Taft shared the view held by Knox, a corporate lawyer who had founded the giant conglomerate U.S. Steel, that the goal of diplomacy was to create stability and order abroad that would best promote American commercial interests. Knox felt that not only was the goal of diplomacy to improve financial opportunities, but also to use private capital to further U.S. interests overseas. “Dollar diplomacy” was evident in extensive U.S. interventions in the Caribbean and Central America, especially in measures undertaken to safeguard American financial interests in the region. In China, Knox secured the entry of an American banking conglomerate, headed by J.P. Morgan, into a European-financed consortium financing the construction of a railway from Huguang to Canton. In spite of successes, “dollar diplomacy” failed to counteract economic instability and the tide of revolution in places like Mexico, the Dominican Republic, Nicaragua, and China.