The Consequences of Union Victory, 1865

The outcome of the Civil War resulted in a strengthening of U.S. foreign power and influence, as the definitive Union defeat of the Confederacy firmly demonstrated the strength of the United States Government and restored its legitimacy to handle the sectional tensions that had complicated U.S. external relations in the years before the Civil War. The renewed strength of the U.S. Government led to the defeat of French intervention in Mexico, and hastened the confederation of Canada in 1867. 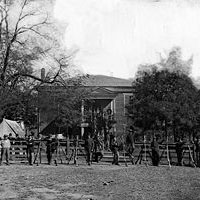 As the Confederacy collapsed, U.S. leaders were able to shift resources to resisting French intervention in Mexico and to deploy troops along the Texas-Mexico border. U.S. pressure, combined with Mexican resentment and military success against Emperor Maximilian ultimately compelled French Emperor Napoleon III to end his imperial venture in Mexico.

In the north, fears of a resurgent United States and calls by some U.S. politicians for the annexation of British North American territory allowed Canadian politicians to overcome their own sectional differences, while also spurring British parliamentary leaders to urge a stronger central government in British North America, especially after Irish-born civil war veterans launched several unsuccessful raids into Canada. This resulted in the British North America Act of 1867, which united Ontario, Quebec, Nova Scotia and New Brunswick. Subsequently, in 1870, Canadian Prime Minister John MacDonald successfully convinced the British Government to cede the lands of the Hudson’s Bay Company to Canada, crushing the hopes of U.S. expansionists who hoped to acquire those lands for the United States. Although it took considerable negotiation, the U.S. Government was also able to obtain restitution for claims stemming from the attacks on merchant shipping by British-built Confederate warships such as the Alabama. 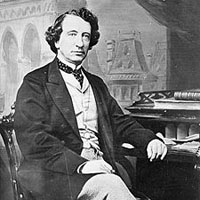 The renewed international image of the United States also helped Secretary of State William Seward in his attempts to acquire additional territory in the postwar period. In 1867, Seward succeeded in purchasing Alaska from the Russian Government. Seward also sought to acquire territories in the Caribbean, and to negotiate permission to build the Panama Canal. The postwar period also saw attempts by U.S. political leaders, including Seward, to resettle freed slaves abroad in either Mexico or Brazil, but the governments of those countries dissuaded Seward from these efforts. However, Brazil, where slavery remained legal until 1888, did become a magnet for disaffected Confederates angered by the end of slavery in the United States. Between 3,000 and 20,000 former Confederates resettled in Brazil, although a considerable number returned to the United States. However, William Lidgerwood, the U.S. Chargé d’Affaires in Brazil, recommended that passports be denied for those who had renounced U.S. citizenship. By doing so, Lidgerwood created a class of stateless people, because some former Confederates had renounced their Brazilian citizenship in order to return to the United States. Although many former Confederates were eventually able to return, some remained in Brazil and continued to advocate the proslavery cause.

The end of the Confederacy generally signaled a defeat for pro-slavery advocates as the international abolitionist movement gained strength in the 1860s and 1870s. Increasingly, abolitionists pressured European and American governments to end slavery and other forms of bondage in their territories. The Russian empire had already announced the end of serfdom in 1861, and the Dutch government abolished slavery in its colonies in 1863. The Spanish Government abolished slavery in Puerto Rico in 1873, although slavery would remain legal in Cuba until 1886. Brazil also took measures toward gradual abolition in 1871, although slavery would not be fully abolished there until 1888.