Preventing Diplomatic Recognition of the Confederacy, 1861–1865

One of the most important victories won by the United States during the Civil War was not ever fought on a battlefield. Rather, it was a series of diplomatic victories that ensured that the Confederacy would fail to achieve diplomatic recognition by even a single foreign government. Although this success can be attributed to the skill of Northern diplomats, the anti-slavery sentiments of the European populace, and European diversion to crises in Poland and Denmark, the most important factor stills rises from the battlefields on American soil. The Confederate states were incapable of winning enough consecutive victories to convince European governments that they could sustain independence.

Artistic rendering of the Cotton Gin, central to the Southern Cotton Plantation Economy

Southerners began the war effort confident that the cotton their plantations provided European textile manufacturers would naturally ally their governments to the Confederacy, especially Great Britain. After declaring secession, the North would declare a blockade on Southern ports. Any interruption of cotton supply would disrupt the British economy and reduce the workers to starvation, they thought. Britain would have to break the blockade and provoke a war with the North that would allow Confederates to solidify independence and gain international recognition.

When the Union did declare a blockade upon the rebel states in April 1861, however, it did not prompt the response expected from the Europeans. The blockade’s legal and political implications took on greater significance than its economic effects because it undermined Lincoln’s insistence that the war was merely an internal insurrection. A blockade was a weapon of war between sovereign states. In May, Britain responded to the blockade with a proclamation of neutrality, which the other European powers followed. This tacitly granted the Confederacy belligerent status, the right to contract loans and purchase supplies in neutral nations and to exercise belligerent rights on the high seas. The Union was greatly angered by European recognition of Southern belligerency, fearing that is was a first step toward diplomatic recognition, but as British Foreign Secretary Lord John Russell said, “The question of belligerent rights is one, not of principle, but of fact.” 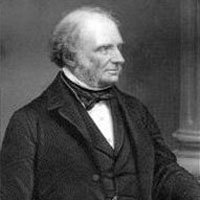 Sensitive to any further international recognition of the Confederates as statesmen rather than rebels, Secretary of State William H. Seward instructed Charles Francis Adams, Minister to England and the son of former Secretary of State and President John Quincy Adams, to warn the British not to “fraternize with our domestic enemy,” whether officially or unofficially, or risk an Anglo-American war. But the Union realized that Europe’s declarations of neutrality also constituted official acceptance of the blockade, a position with many long-standing implications. Although international law stated that a blockade must be “physically effective” to be legally binding on neutral powers, the definition was ambiguous. From before the War of 1812, the United States had insisted upon a strict definition in order to maintain trading rights as a neutral. Now, however, the United States was the belligerent and Britain the predominant neutral power. By officially respecting the Union blockade, even if it was not fully “physically effective,” Britain maintained a consistent position on belligerent rights. The U.S. reversal of its traditional position stressing neutral rights set the precedent that it would be obligated to respect the British argument in future naval issues.