In his December 2, 1823, address to Congress, President James Monroe articulated United States’ policy on the new political order developing in the rest of the Americas and the role of Europe in the Western Hemisphere. 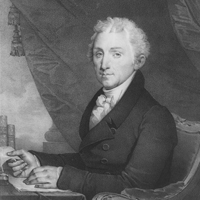 The statement, known as the Monroe Doctrine, was little noted by the Great Powers of Europe, but eventually became a longstanding tenet of U.S. foreign policy. Monroe and his Secretary of State John Quincy Adams drew upon a foundation of American diplomatic ideals such as disentanglement from European affairs and defense of neutral rights as expressed in Washington’s Farewell Address and Madison’s stated rationale for waging the War of 1812. The three main concepts of the doctrine—separate spheres of influence for the Americas and Europe, non-colonization, and non-intervention—were designed to signify a clear break between the New World and the autocratic realm of Europe. Monroe’s administration forewarned the imperial European powers against interfering in the affairs of the newly independent Latin American states or potential United States territories. While Americans generally objected to European colonies in the New World, they also desired to increase United States influence and trading ties throughout the region to their south. European mercantilism posed the greatest obstacle to economic expansion. In particular, Americans feared that Spain and France might reassert colonialism over the Latin American peoples who had just overthrown European rule. Signs that Russia was expanding its presence southward from Alaska toward the Oregon Territory were also disconcerting.

For their part, the British also had a strong interest in ensuring the demise of Spanish colonialism, with all the trade restrictions mercantilism imposed. Earlier in 1823 British Foreign Minister George Canning suggested to Americans that two nations issue a joint declaration to deter any other power from intervening in Central and South America. Secretary of State John Quincy Adams, however, vigorously opposed cooperation with Great Britain, contending that a statement of bilateral nature could limit United States expansion in the future. He also argued that the British were not committed to recognizing the Latin American republics and must have had imperial motivations themselves. 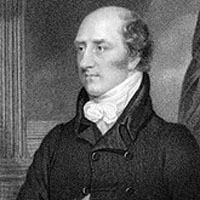 The bilateral statement proposed by the British thereby became a unilateral declaration by the United States. As Monroe stated: “The American continents … are henceforth not to be considered as subjects for future colonization by any European powers.” Monroe outlined two separate spheres of influence: the Americas and Europe. The independent lands of the Western Hemisphere would be solely the United States’ domain. In exchange, the United States pledged to avoid involvement in the political affairs of Europe, such as the ongoing Greek struggle for independence from the Ottoman Empire, and not to interfere in the existing European colonies already in the Americas.

By the mid-1800s, Monroe’s declaration, combined with ideas of Manifest Destiny, provided precedent and support for U.S. expansion on the American continent. In the late 1800s, U.S. economic and military power enabled it to enforce the Monroe Doctrine. The doctrine’s greatest extension came with Theodore Roosevelt’s Corollary, which inverted the original meaning of the doctrine and came to justify unilateral U.S. intervention in Latin America.