The French and Indian War was the North American conflict in a larger imperial war between Great Britain and France known as the Seven Years’ War. The French and Indian War began in 1754 and ended with the Treaty of Paris in 1763. The war provided Great Britain enormous territorial gains in North America, but disputes over subsequent frontier policy and paying the war’s expenses led to colonial discontent, and ultimately to the American Revolution.

Map from the French and Indian War

The French and Indian War resulted from ongoing frontier tensions in North America as both French and British imperial officials and colonists sought to extend each country’s sphere of influence in frontier regions. In North America, the war pitted France, French colonists, and their Native allies against Great Britain, the Anglo-American colonists, and the Iroquois Confederacy, which controlled most of upstate New York and parts of northern Pennsylvania. In 1753, prior to the outbreak of hostilities, Great Britain controlled the 13 colonies up to the Appalachian Mountains, but beyond lay New France, a very large, sparsely settled colony that stretched from Louisiana through the Mississippi Valley and Great Lakes to Canada. (See Incidents Leading up to the French and Indian War and Albany Plan)

The border between French and British possessions was not well defined, and one disputed territory was the upper Ohio River valley. The French had constructed a number of forts in this region in an attempt to strengthen their claim on the territory. British colonial forces, led by Lieutenant Colonel George Washington, attempted to expel the French in 1754, but were outnumbered and defeated by the French. When news of Washington’s failure reached British Prime Minister Thomas Pelham-Holles, Duke of Newcastle, he called for a quick undeclared retaliatory strike. However, his adversaries in the Cabinet outmaneuvered him by making the plans public, thus alerting the French Government and escalating a distant frontier skirmish into a full-scale war. 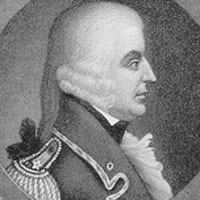 The war did not begin well for the British. The British Government sent General Edward Braddock to the colonies as commander in chief of British North American forces, but he alienated potential Indian allies and colonial leaders failed to cooperate with him. On July 13, 1755, Braddock died after being mortally wounded in an ambush on a failed expedition to capture Fort Duquesne in present-day Pittsburgh. The war in North America settled into a stalemate for the next several years, while in Europe the French scored an important naval victory and captured the British possession of Minorca in the Mediterranean in 1756. However, after 1757 the war began to turn in favor of Great Britain. British forces defeated French forces in India, and in 1759 British armies invaded and conquered Canada.

Facing defeat in North America and a tenuous position in Europe, the French Government attempted to engage the British in peace negotiations, but British Minister William Pitt (the elder), Secretary for Southern Affairs, sought not only the French cession of Canada but also commercial concessions that the French Government found unacceptable. After these negotiations failed, Spanish King Charles III offered to come to the aid of his cousin, French King Louis XV, and their representatives signed an alliance known as the Family Compact on August 15, 1761. The terms of the agreement stated that Spain would declare war on Great Britain if the war did not end before May 1, 1762. Originally intended to pressure the British into a peace agreement, the Family Compact ultimately reinvigorated the French will to continue the war, and caused the British Government to declare war on Spain on January 4, 1762, after bitter infighting among King George III’s ministers.

Despite facing such a formidable alliance, British naval strength and Spanish ineffectiveness led to British success. British forces seized French Caribbean islands, Spanish Cuba, and the Philippines. Fighting in Europe ended after a failed Spanish invasion of British ally Portugal. By 1763, French and Spanish diplomats began to seek peace. In the resulting Treaty of Paris (1763), Great Britain secured significant territorial gains in North America, including all French territory east of the Mississippi river, as well as Spanish Florida, although the treaty returned Cuba to Spain.

Unfortunately for the British, the fruits of victory brought seeds of trouble with Great Britain’s American colonies. The war had been enormously expensive, and the British government’s attempts to impose taxes on colonists to help cover these expenses resulted in increasing colonial resentment of British attempts to expand imperial authority in the colonies. British attempts to limit western expansion by colonists and inadvertent provocation of a major Indian war further angered the British subjects living in the American colonies. These disputes ultimately spurred colonial rebellion, which eventually developed into a full-scale war for independence.