A Return to Isolationism

But the changes weren’t enough. The failure to fully modernize the Department of State reflected the country’s lack of commitment to an energetic foreign policy after the Senate repudiated the Treaty of Versailles. 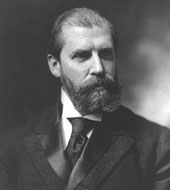 Secretary of State Charles Evans Hughes
Woodrow Wilson was the first American president to envision the United States as a global leader, but the nation was not yet ready to accept responsibilities commensurate with its power.

During the 1920s, the United States strongly resisted binding international commitments and focused instead on preventing the outbreak of war. Secretary of State Charles Evans Hughes played a key role in the Washington Naval Disarmament Conference (1921-22), and Secretary of State Frank Kellogg was instrumental in the creation of the Paris Peace Pact (1928), a multilateral agreement outlawing offensive warfare. 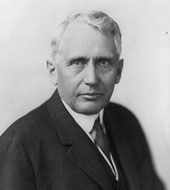 Secretary of State Frank Kellogg
Although clear dangers emerged during the Great Depression of the 1930s, the massive economic shocks reinforced the country's isolationist inclinations during the rise of totalitarianism.

As a result, the Department of State returned to the passivity of the 19th century, and accepted a secondary role from 1919-1939. One historian has described the generally backward state of the organization when Secretary Cordell Hull assumed control. He wrote: “In 1933 the Department was small, placid, comfortably adjusted to the lethargic diplomacy of the preceding decade, and suffused with habits of thought that reached back to a still earlier day.” Overseas missions were in a comparable state, he noted. “The Foreign Service—genteel, slow-moving, and complacent—also cherished its ties with the past.”