This compilation is organized around the major initiatives taken by the United States unilaterally, or in conjunction with other countries, which were aimed at a solution of the Trieste dispute. As such, it is not a complete record of the nearly continuous discussions and complex negotiations regarding Trieste during these years. Editorial notes summarizing many of these discussions and negotiations have been provided in order to condense the record. While the primary focus is on the diplomacy which helped produce the settlement of October 5, 1954, documentation is also included which relates to important developments within the Free Territory of Trieste itself and to the military aspects of the question as perceived by United States policymakers.

For reasons of brevity, the documentation presented here covers only the concluding phases of the negotiations regarding Trieste, i.e., beginning in September 1953. Omitted from the compilation is material, for example, on Philip Mosely’s mission to Belgrade in January 1952; the signing in London on May 9, 1952, of a memorandum 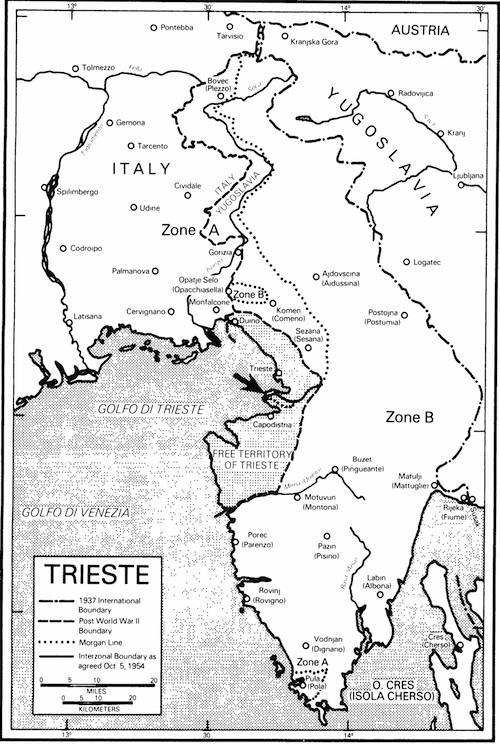