Appendix: Reorganization of the Department of State

“Far-reaching changes in the organization of the Department of State to facilitate the conduct of the foreign relations of the United States, in war and in peace,” were announced on January 15, 1944, by Secretary of State Cordell Hull. The new organization was “designed to free the Assistant Secretaries and principal officers of the Department from administrative duties” in order that they might “devote the greater part of their time to matters of important foreign policy.” Mr. Hull also announced the establishment of two principal committees—a Policy Committee and a Committee on Postwar Programs—and of an Advisory Council on Postwar Foreign Policy. For text of the announcement and of Departmental Order 1218, see Department of State Bulletin, January 15, 1944, pages 43–67. Department of State publication 3580, Postwar Foreign Policy Preparation, 1939–1945 (Washington, Government Printing Office, 1949), presents a comprehensive account of administrative arrangements as well as substantive work relating to postwar planning.

For correspondence regarding the resignation of Mr. Hull as Secretary of State on November 21, 1944, and the appointment of Edward R. Stettinius, Jr., as his successor, see Department of State Bulletin, December 3, 1944, pages 649–653. Mr. Stettinius was confirmed by the Senate on November 30 and took the oath of office on December 1. President Roosevelt on December 4 nominated Joseph C. Grew as Under Secretary of State and announced various other appointments (ibid., December 10, 1944, page 685).

Further measures of reorganization were announced on December 20, 1944. These included the grouping of the geographic offices under Assistant Secretaries and the establishment of a Secretary’s Staff Committee and a Coordinating Committee, both of which were to be served by a Joint Secretariat. For text of the announcement and of Departmental Order 1301 of December 20, see ibid., December 17, 1944, Supplement, pages 777–813. 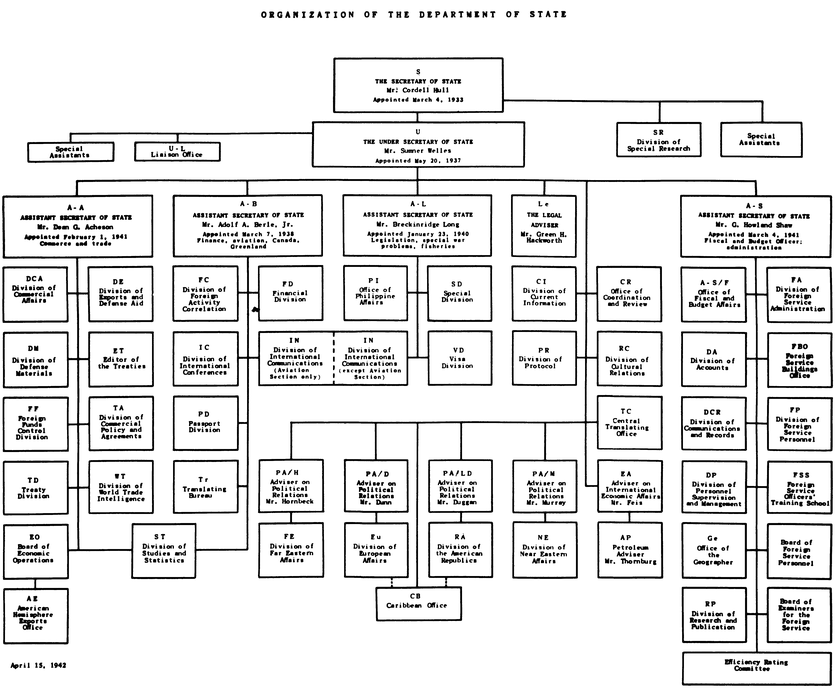 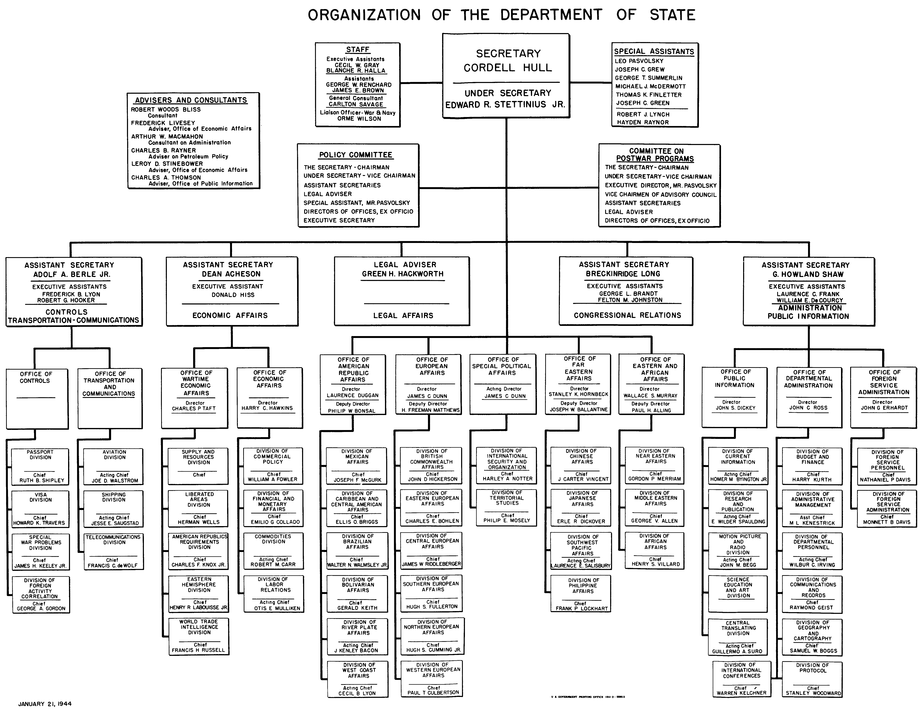