Secretary of State Cordell Hull
The United States entered the war when the Japanese attacked Pearl Harbor on December 7, 1941. The Department faced immediate new burdens and responsibilities from evacuating Americans from combat zones, representing the interests of belligerents in enemy countries, and assisting prisoner-of-war exchanges, to maintaining liaison with the International Red Cross and dealing with refugees. During the war, Department officials also helped coordinate the activities of various agencies created to mobilize the nation for total war and to assist in the reconstruction of liberated territories. The Department of State also created a complex system of efficient international communication.

The Department’s staff grew at an unprecedented rate. In 1940, the Department had 1,128 domestic employees, with total expenditures of $24 million. By 1945, the staff had more than tripled (3,767 employees) with a budget of about $50 million. Recruiting for the career Foreign Service was suspended during the war, but a Foreign Service Auxiliary was created to provide additional manpower. By January 1946, the Auxiliary included 976 people. 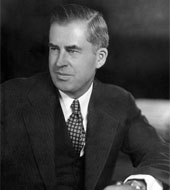 Although Secretary Cordell Hull was usually informed of important decisions, he rarely participated in the major wartime conferences at which the leaders of the alliance forged the victory of 1945. His inability to gain the President's full confidence kept the Department from a paramount role in many major decisions. It is not surprising that Secretary Hull commented bitterly toward the end of his service: “When I accepted this office, I knew that I would be misrepresented, lied about, let down, and that there would be humiliations that no man in private life could accept and keep his self-respect. But I made up my mind in advance that I would accept all these things and just do my job.”

Secretary Hull proved influential only in one area—preparation of plans for a postwar international organization. In 1942, Hull established an Advisory Committee on Postwar Foreign Policy to avoid the partisan fighting that characterized the period after World War I. In 1944, representatives of 44 nations met at Bretton Woods to agree on plans for post-war economic policy, to stabilize currency, and to establish a World Bank. Later that year at the Dumbarton Oaks conference, world leaders hammered out a draft charter for a new international organization—the United Nations.