Biographies of the Secretaries of State: Elihu Benjamin Washburne (1816–1887)

Elihu Benjamin Washburne was appointed by President Ulysses S. Grant as Secretary of State, and his commission was issued on March 5, 1869. Grant's appointment was intended as a personal yet temporary means to honor Washburne while Grant restructured his Cabinet, and thus Washburne resigned on March 10 to make way for his replacement. However, Washburne remained at his post until the arrival of his successor, Hamilton Fish, on March 16, 1869. 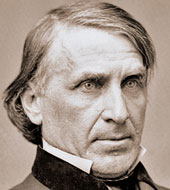 Washburne was born in Livermore, Maine in 1816. He attended Harvard Law School, and settled in Galena, Illinois in 1840, where he practiced law.

He was elected to Congress in 1853 as a Whig, but soon joined the new Republican Party. Washburne became well-known for his efforts to promote fiscal discipline and also rose to prominence as a leader of the Radical Republicans.

In 1869, incoming President Ulysses S. Grant selected Washburne to be Secretary of State. However, Grant came under investigation by the Senate for his attempt to appoint department store owner A.T. Stewart as Secretary of the Treasury, as key Senators were concerned about possible conflicts of interest in the appointment. Consequently, Grant was forced to restructure his Cabinet. Grant therefore appointed Washburne as Secretary of State as a temporary measure, with the agreement that Washburne was not to make any appointments or key decisions during his brief tenure. After serving as a placeholder from March 5 to 16, he was replaced by Hamilton Fish.

As a consolation, Grant appointed Washburne U.S. Minister to France, where he served until 1877. Washburne was a contender for the Republican candidacy for the Presidency in 1876 and 1880, but failed to win the party’s nomination. Thereafter, he retired from politics and wrote his memoirs, which were published in 1887.

As Washburne’s tenure as Secretary of State was remarkably short, his main influence on U.S. foreign policy came during his tenure as U.S. Minister to France. Washburne’s term in Paris covered a tumultuous time in French history, as he served during the Franco-Prussian War and the violent suppression of the Paris Commune.

At the time of his arrival in the spring of 1869, he expected the post to be relatively undemanding. However, on July 19, 1870, France declared war on the German state of Prussia, and the North German states subsequently joined the war on the Prussian side, igniting the Franco-Prussian War.

During the war, Washburne assumed the duties of protecting North German citizens and property. He also had to deal with the inconsistent policies of the French Government, which alternately wanted to draft German residents of France and expel all Germans from France. Prussian victories led to the collapse of Emperor Napoleon III’s government, the birth of the Third French Republic, and then to punitive peace terms.

When the new government placed disproportionate financial demands on Parisian renters to pay war indemnities to the newly constituted German Empire, Parisians rose up in a left-wing revolt known as the Paris Commune. Washburne was again caught by surprise, and although he personally did not sympathize with the Communards, he believed that his presence in Paris was crucial as U.S. citizens living there needed assistance.

While other diplomats left the city, Washburne remained to facilitate the departure of foreigners from the embattled city and to prevent Commune forces from enlisting foreigners into compulsory service. Washburne also visited imprisoned Americans and identified American bodies. Lastly, he acted as an intermediary between the Vatican and the Commune to try to exchange the imprisoned archbishop of Paris, but the archbishop was executed on May 23, as the Commune itself was on the brink of being crushed by the French Government.

Following the collapse of the Commune, Washburne continued to serve as U.S. Minister to France until 1877.